a Florida girl at Mickey’s Not So Scary Halloween Party

Let me just first say, two of my absolute favorite things are Halloween and Disney, so finally getting to go to Mickey’s Not So Scary Halloween Party was a dream.
We decided to go this year to celebrate my friend Alexis and her birthday! 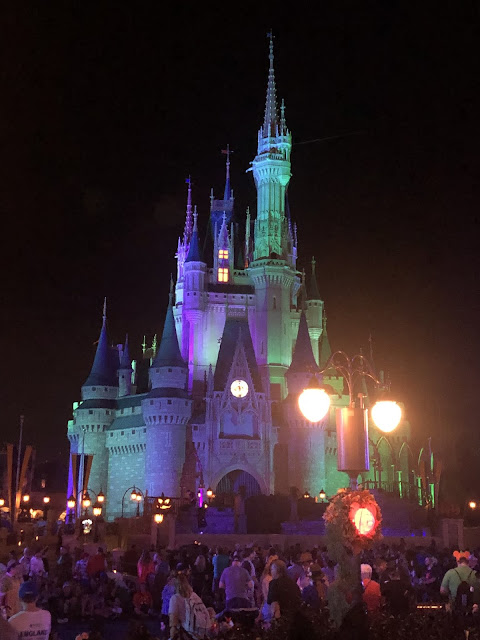 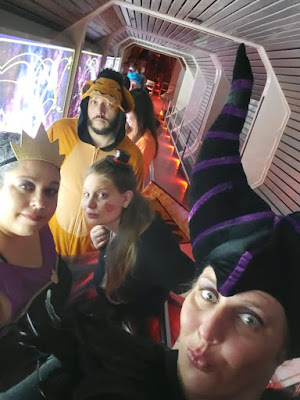 In line for Space Mountain. 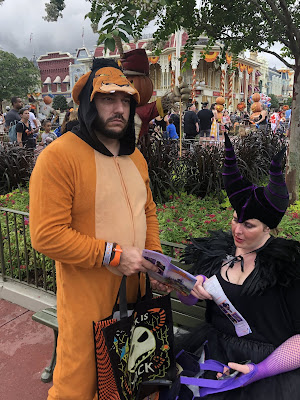 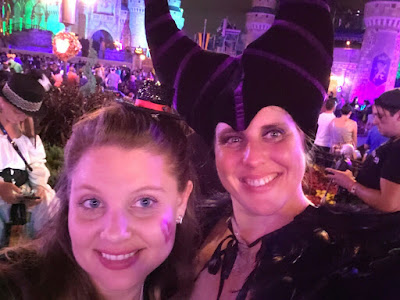 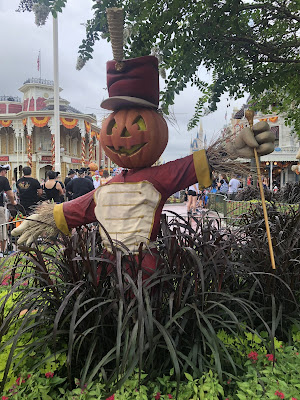 The Halloween decor at Disney is always my favorite!! 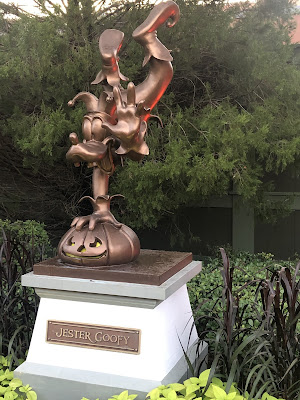 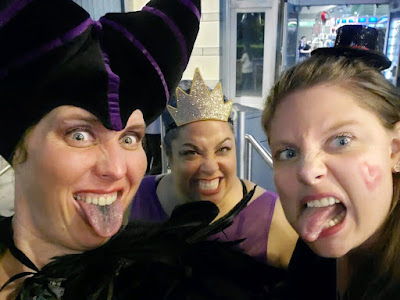 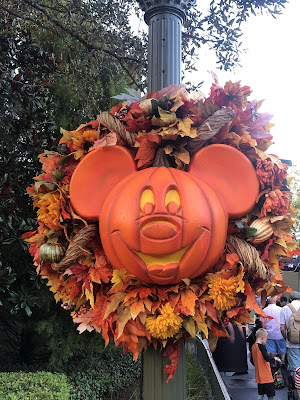 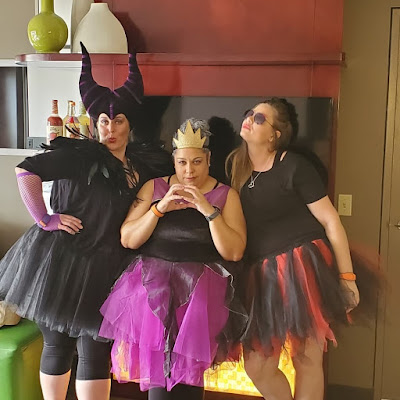 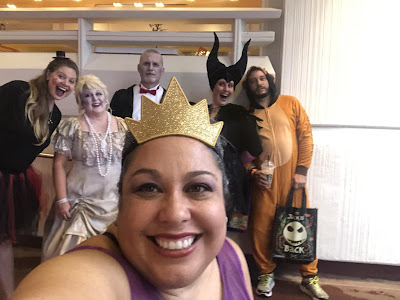 We decided to go with the theme "Villains" for our group costumes. Alexis, our birthday girl was Malificent, Kelly was Ursula, I was the Queen of Hearts (mainly so I could wear my heart shoes), and Daniel was Scar. 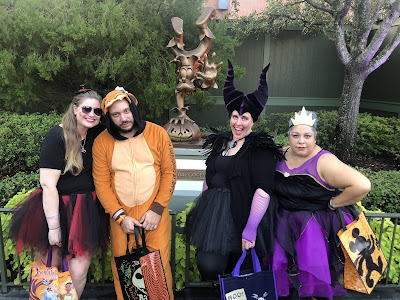 While I definitely do not want to ruin the experience, there were some amazing highlights of the event that I have to share!!!
At the entrance of Main Street begins a line of trick or treating for kids and adults alike. There are a bunch of other stops along the trick or treat route and trust me, we hit a majority of them. A week later and I still am giving away the candy I got.

Being a Hocus Pocus fan to the extreme, I was really excited about there being a show at the castle including the Sanderson Sisters.  I will say the rain was against us that night though and we only got to see 5 minutes of one of the shows.  We could have tried to catch another one, but there was just so much to do, there wasn't enough time.

I did however manage to snag an Amuck, Amuck, Amuck Cupcake. It was super sweet and I could not have eaten even half of it on my own, but it was worth it.  And Kelly got a kick out of the fact that they spelled my name wrong. 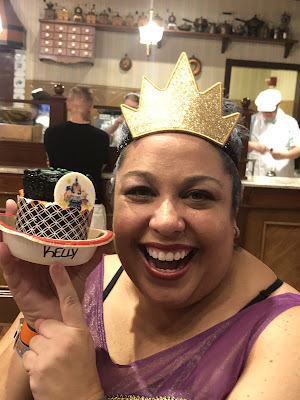 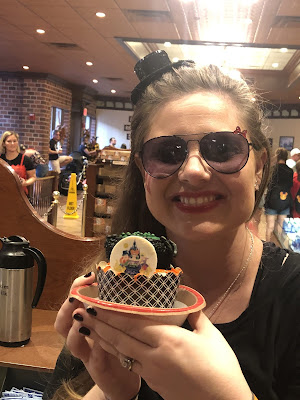 The rain also put a damper on the parade.  Granted there are two showings, but we decided to watch the last one since it would be later and therefore hopefully a smaller crowd. Mother Nature decided differently though and the lat parade was cancelled.

By the time we got back to our hotel though the rain had stopped and we were able to watch the fireworks.  I've been fortunate enough to stay at some amazing hotels on property, but absolutely nothing compares to the Contemporary.  Our room had a view facing the Park, so suffice to say the firework show was fantastic. And since we also had a view of the lake, I also (learned about) saw the illuminations show done by the boats after the fireworks showcase.